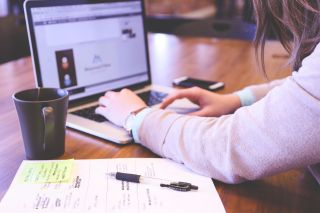 With organisations creating more and more data each day, the need for a comprehensive and secure analytics system to get the most out of this information is key.

Last week at its .conf18 event in Orlando, Splunk unveiled a range of new updates, tools and services aimed at helping businesses monitor and analyse their data in better and more efficient was.

But the company also threw a few curve balls into its announcements, revealing a range of potentially unexpected new releases that could change the data landscape for many firms.

"I want to position Splunk to be the interface for everything when people use data...and satisfy all use cases people have,” Splunk CTO Tim Tully told TechRadar Pro.

“Splunk is something that is sort of the lifeblood of what people do with their jobs. Oftentimes they live and die from the data Splunk is providing - so that ability to feel connected to Splunk at all times and use and access the data you're using wherever you are is incredibly important.”

As well as providing updates to its popular Splunk Enterprise and Splunk Cloud platform, the company also revealed its first-ever IoT platform, aimed at capitalising on the huge amounts of data being generated each day, particularly in the industrial world.

Splunk Industrial IoT brings together several of its existing analytics tools into a single package that will allow industrial organisations to gain a much better insight into their data.

This includes the company’s Enterprise data analytics platform, which could allow manufacturers to spot potential maintenance issues and halt unplanned downtime, which costs industrial organisations billions every year. It can also provide real-time visibility into the millions of sensors being utilised by industrial companies moving across to the IoT in order to pursue greater efficiency.

"There's so much data in IoT - oftentimes it's machine data, and machine data is in our DNA, so it makes perfect sense,” Tully says, noting that the company’s offering is perfect to solve the often “messy” state of IoT data.

“The data capabilities Splunk can provide is perfect for IoT.”

Another surprising launch was in the mobile field, with the launch of Splunk Mobile bringing the power of data analytics to a user’s mobile device.

The launch will allow users to quickly gain insight and analysis into their data via a mobile device, wherever they are in the world. It augments with the company’s TV app, which Tully says is already a presence in his home.

"People want access to their data wherever they are, their work and life boundaries are becoming blurred,” Tully says, “so the idea is that you can use Splunk whilst you're watching TV, and then put it away."

The company even announced new natural language tools to allow even deeper interactivity with your data, with Amazon Echo devices allowing users to talk to their system.

"You could soon envision a scenario where you're actually having a conversation with Splunk,” Tully says, highlighting that this could be a whole new era for data analysis.

“I want Splunk to have a really interactive and immersive experience - I don't want it to just be a naive dashboard of numbers - it's much more than that."

“I feel like the capabilities you need to solve almost any problem are within the Splunk platform at this point.”