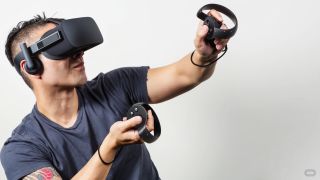 Oculus, maker of the Oculus Rift, has announced the acquisition of a company that it hopes can help the team improve its Oculus Touch controllers.

The Oculus blog notes that Pebbles Interfaces - not to be confused with Pebble, maker of the Pebble watch and new Pebble Time - has spent five years specializing in hand tracking technology by developing custom optics, sensor systems and algorithms to detect and track hand movement.

Hopefully this means the Oculus Touch Half Moon prototypes will get a boost in development and deliver on time next year.

We'll wait patiently in the virtual reality world as we use Xbox One controllers since the Rift is launching in Q1 2016, before Oculus Touch comes out.

Check out the video below of Pebbles Interfaces tech in action.