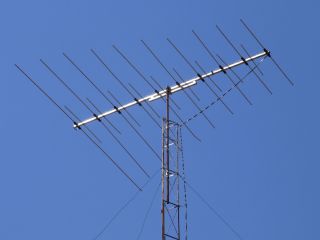 The US Federal Communications committee has sparked a digital land rush by approving unlicensed use of the 'white space' spectrum that neighbours terrestrial TV signals.

In a landmark ruling, it agreed with tech companies like Google, HP and Microsoft that the 50-year old buffer frequencies can be used by a new generation of wireless gadgets, promising ubiquitous - and even 'free' - mobile broadband.

Broadcasters fear that allowing unfettered access to the frequencies will result in increased (or fatal) interference with their terrestrial TV broadcasts, as well as troubling theatre or hospital communication systems.

FCC Chairman Kevin Martin brushed aside such concerns, called the white-space plan "a significant victory for consumers. The abilty to have Wi-Fi-like connectivity, at faster speeds and greater range will help further deployment of broadband across the USA."

Equipment using the new system will have to use navigation technology (probably GPS) to determine their proximity to TV towers using similar frequencies, to minimise the possibility of interference.

This means that not only will the 'Wi-Fi on steroids' devices be a few years in development, but they're unlikely to be the bargain basement, low power web gadgets we were initially promised.