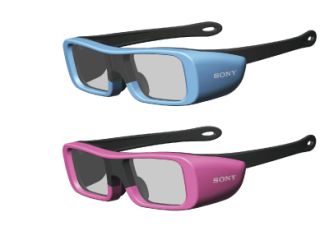 3D glasses, pah - plug the 3D straight to our eyes

TV manufacturers the world over are currently touting their 3D wares to consumers, but it seems that the 3D-with-glasses approach could be defunct in as little as five years.

This is according to Industrial Technology Research Institute (ITRI), a Taiwanese company who is trialling the next generation of glasses-free technology.

Using parallax barrier technology, ITRI showed off a 42-inch television sporting the tech, which it hopes will be ready for home use by 2015.

Currently there are myriad problems with the parallax barrier 3D, namely that you have to be sitting at a certain point to see the 3D properly.

It is the same technology which is rumoured to be used in the upcoming Nintendo 3DS console.

ITRI knows that the technology isn't primed for the big screen yet and will be initially using it in photo frames and digital signage.

Currently, Samsung (UE40C7000) and Panasonic (TX-P50VT20) were the first to market with 3D TVs in the UK, with LG and Sony readying their versions for release this summer.

Via ComputerWorld and After Dawn