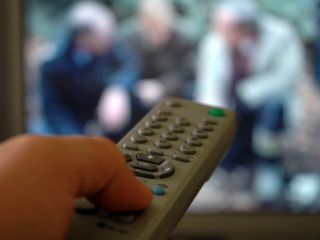 Freeview and Freesat are 'vibrant'

Richard Halton has described Project Canvas as 'an evolution' for both Freesat and Freeview – hoping that the arrival of IPTV can take both platforms to a new level.

Halton – Director of Project Canvas – told the IPTV World Forum that he has personal experience with both Freesat and Freeview, and says that Canvas will remain 'very distinct' from both of the free-to-air services whilst adding to both.

"I have deep history with both projects, having been on the board of Freeview for two years and having been involved in the development of Freesat so I personally have very good relationships with those two," said Halton.

"Canvas will be very distinct from Freeview and Freesat but particularly for Freeview, Canvas is an important next step in the journey of subscription free television.

"We see Canvas as an evolution for those platforms."

Halton lavished praise on both platforms, believing that the arrival of things like the iPlayer for Freesat and Freeview HD show the vibrancy and success.

"Interesting things are happening with those platforms," added Halton.

"For all of the shareholders of those companies involved in canvas, canvas becomes the next expression."