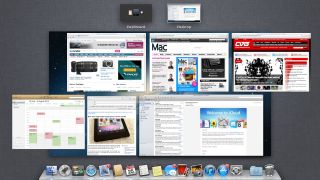 Apple's OS X Mountain Lion has raced past the three million downloads landmark, making it officially the most successful release in the company's history.

The price point of £13.99 meant that the upgrade was more or less a no brainer for those with the equipment that was enabled for the new version of the OS.

This has been reflected in the huge uptake, with TechRadar's OS X 10.8 Mountain Lion review offering praise for its Notification Center, AirPlay Mirroring and Messages App.

"Just a year after the incredibly successful introduction of Lion, customers have downloaded Mountain Lion over three million times in just four days, making it our most successful release ever," said Philip Schiller, Apple's senior vice president of worldwide marketing.

Mountain Lion is far from perfect, with niggles including the iCloud file system and the lack of colour in the Finder's sidebar, but the critical acclaim suggests that the huge Apple fan base is by and large happy.

Increased Facebook integration is yet to arrive for Mountain Lion, but Apple reiterated that the feature "will be available in an upcoming software update".