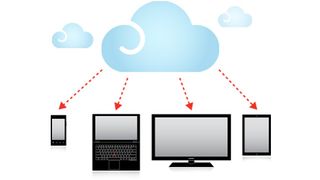 Hey, you, get onto Lenovo's cloud

There are a multitude of cloud storage options already widely available to consumers for safekeeping of documents, pictures, and other media that can be easily accessed anywhere.

With tried and true services like Dropbox, Mega, iCloud, and Google Drive already heavily favored by the on-the-go user, it's interesting to learn Lenovo will now enter the cloud arena too.

Like every other cloud service already available, Lenovo's Reach will allow you to remotely access your stored files from a multitude of devices, including Android, iOS and Windows.

What Lenovo plans to do to stand out from the crowd remains to be seen, but we should learn more when the beta for Reach begins on June 22.

Reach for the sky

As with Reach's competitors, Lenovo's service will allow users access any of stored files from any location or device, be it one manufactured by Lenovo or not.

Though the beta is just a few short weeks away, Lenovo won't open Reach up to everyone until later this year, pending the user feedback it receives during the closed trial period.

"Lenovo Reach plays a fundamental role in our plan to expand cloud services to consumers around the world," said Mark Cohen, vice president of software and cloud solutions at Lenovo, in a statement.

Reach's interface is designed to work with both touch and mouse/keyboard interactions, and will feature 5GB of free storage, which has become the new standard in freebie space.

It's not really clear just what the benefits are of saving an app to Reach, but perhaps we'll learn more once the beta actually begins.

Sign-ups have already started for the beta on Reach's website, but you won't know if you got in until later this month.