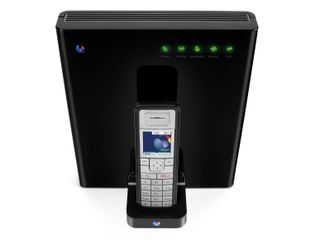 Each BT FON member will share a &quot;a small portion&quot; of their home network capacity

The telco says there are now 3 million Total Broadband customers who "will be invited to join the global community of people sharing their broadband".

BT says it hopes the move will create a "massive Wi-Fi community, built by individual people and not a large corporate enterprise".

Gavin Patterson, BT group managing director, said: "This is the start of something very exciting for BT. Today we are launching a people's network of Wi-Fi, which could one day cover every street in Britain".

Each BT FON member will share a "a small portion" of their home broadband; naturally the main concern is security. In practice enabling your router with the BT FON service would mean a separate, secure channel being set up to keep it separate from the home network. We've asked BT to clarify exactly how much capacity will be used.

The secure open Wi-Fi solution was developed by FON and BT's research labs. BT says it has invested in FON as part of the tie-up, joining the company's other investors, which include Google. BT will also have a seat on the board of FON.

Martin Varsavsky, FON's Founder and CEO, said of the strategic partnership: "From the beginning FON users believed in the concept of sharing and in the peoples' ability to participate in building something important that would benefit everyone. With BT FON, those beliefs have proved to be well-founded."