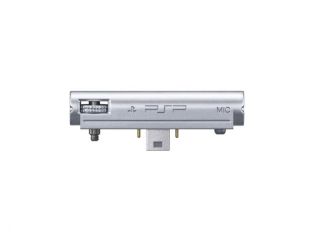 This is what the new PSP Skype microphone looks like, but you can't have one

PlayStation Portable owners waiting eagerly for the recently announced arrival of Skype for the PSP will have to wait a little longer - at least in Japan - as Sony has been unable to meet Skype's microphone specifications.

The company revealed yesterday that it has postponed the scheduled 24 January release date for the microphone add-on and Skype-ready firmware upgrade.

According to its press release, "it was found that the microphone did not meet the Skype specifications in part". It concluded by adding that no new release date had been fixed for the package.

Given that the revelation came just one day before the product was due in Japanese shops, it's slightly hard to believe Sony's assertion that the roll-out in the rest of the world won't be affected.

Still, as the company has never set an exact date for that, it'll be true whatever happens. We just want to know why we can't use the existing PSP camera to Skype - after all, it already has a mic and does video to boot.