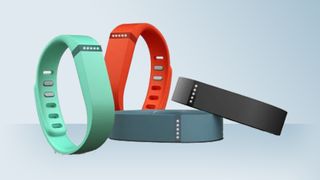 The manufacturers of smartphone-aided wearable fitness trackers have been totally pre-occupied with catering for iOS and Android users so, but that's about to change.

The maker of the FitBit wristbands has confirmed it is working on a Windows Phone 8.1 application, which can pair up with the devices like the Fitbit Flex, Fitbit Force and Fitbit One.

The confirmation came, via WPCentral, on the company's forums with a short and sweet statement: "Fitbit is developing an application for Windows Phone 8.1. Thank you for all your feedback and support!"

FitBit did not reveal any release dates or specifics, but it would be neat to see those real-time updates sit within one of the Windows Phone Live Tiles on the homescreen.

The launch of an app would make FitBit the de facto choice for Windows Phone-toting fitness enthusiasts seeing as the Nike Fuelband SE, Jawbone UP and Fitbug Orb are all incompatible.

Maybe that is one of the reasons why Microsoft is seemingly hellbent on creating its own platform agnostic wrist accessory?