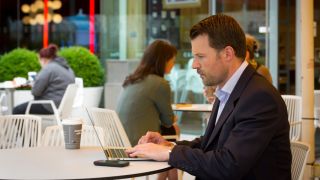 In celebration of the first ever World Wi-Fi Day, next week BT and Fon are going to give everyone out there a chance to use their Wi-Fi hotspots for free – but there's a catch, because it's only for a limited time.

World Wi-Fi Day is actually next Monday, June 20, but free access will be granted to the public starting from Wednesday, June 22, running through to July 22.

Unfortunately you don't get a whole free month of hopping on public Wi-Fi hotspots wherever you want, as the usage time is limited to an hour. But you can use that hour at any point during the month.

Which could still be very useful for those out and about who are stuck for a connection, or want to avoid using up their mobile data allowance for a short time.

Finding one shouldn't be a problem, as there are a great deal of BT Fon Wi-Fi hotspots out there: over five million in the UK now apparently. That's a lot to do with the fact that some of these hotspots are powered by the routers of BT broadband customers themselves (normally, the hotspots are only accessible to said BT customers).

Note that this is an international promotion, and free Wi-Fi access is coming to Australia, along with Belgium, Greece, the Netherlands and Romania, as well as the UK. Further note that in other countries, there's a different timescale, and for our Australian readers, the freebie actually runs from today through to Monday, June 20.

To avail yourself of free Wi-Fi in the UK, you'll need a promo code from BT which you can grab here. In the case of Australia, the promo code is a generic one: TelstraFonOffer.

Fon says that in total, it has over 20 million Wi-Fi hotspots across 17 different countries worldwide. The company said: "World Wi-Fi day is a great chance for you to try out our service, with no strings attached. So, come on and join us for the celebration!"