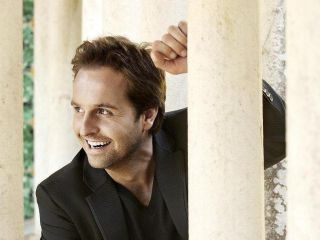 Online music store Napster has teamed up with EMI Classics to record its first live classical session at the renowned Abbey Road Studios tomorrow. The recording, which will be offered exclusively to Napster's member community, will feature British tenor Alfie Boe, considered by EMI to be the "best tenor of his generation".

Boe will perform three songs from his latest album, La Passione, and will also record a special version of the classic Beatles song, Eleanor Rigby.

Napster said its decision to offer live sessions with classical music is due to high demand from its members. Following the live session tomorrow, you'll be able to download the recording via Napster Jukebox and enjoy seven days of unlimited music access free of charge. You can also transfer tracks to your digital music player.

"I'm delighted that Napster, which has played a crucial part in the download revolution, has chosen Alfie to be the first classical artist to record a session for its online community," said Thomas Kaurich, head of EMI Classics.