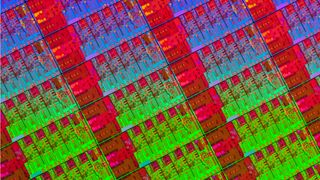 The HSA (Heterogeneous System Architecture) foundation has made a major breakthrough following its release of the latest HSA specification.

It means that the computer industry, as a whole, has moved closer to true heterogeneous computing on any imaginable platforms – from mobile devices to HPC, servers and IoT.

HSA currently supplies a standardised platform that aims to make all compute resources on a device available to the software running on it.

They include CPU (whether x86, Power, ARM or MIPS) power, GPU and any other exotic compute hardware (like Micron's Automata).

Since its launch three years ago, the HSA project has been embraced by nearly 60 universities and technology companies.

HSA board members include the likes of ARM, AMD, Imagination Technologies, Qualcomm and Samsung. Notable absentees are Intel, Nvidia and Microsoft.

AMD is likely to be the first to benefit from HSA as the processor vendor already has a fully integrated CPU/GPU product in its ranks (Kaveri).