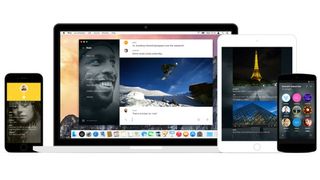 The Swiss-based company launches this month and boasts Janus Friis, Skype's co-founder, as one of its backers. The company is also being led by Jonathan Christensen, who has also had senior positions at Skype and Microsoft.

"Skype was launched more than a decade ago. A lot has changed since then - we are all used to free calls and texting, and we have taken to carrying our computers in our pockets," said Friis.

Wire is launching on iOS, Android and OS X and offers personal as well as group messaging alongside YouTube and SoundCloud sharing. All conversations are kept in sync across multiple devices.

What will be interesting is to see how Skype reacts to this new threat. The original VoIP service was created back in 2003 before being acquired by Microsoft in 2011 for $8.5 billion. Since then Microsoft has integrated it into Windows Explorer and added an exclusive draw and doodle feature on Windows Phone.