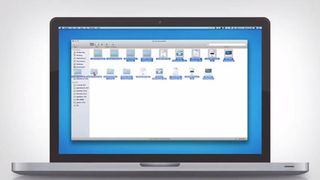 For more than ten years now, Software-as-a-Service (SaaS) has cemented its place as the business service delivery model of choice – whether the call to action be collaboration or analytics. This is due, in large part, to Salesforce.com's IPO in June 2004 which validated the model in a way previously unseen.

Similar to the large satellite phones of the 1980s that eventually morphed into modern smartphones, SaaS has taken the long road to popular adoption. This journey has yielded lasting results.

Last year's annual global survey of CIOs by Gartner found that 72% of respondents are already using SaaS, yet the results demonstrated there is still potential for greater adoption. In another study by KPMG, nearly half of executives surveyed identified cloud-delivered SaaS as their most likely area for investment. While Platform-as-a-Service (PaaS) and Infrastructure-as-a-Service (IaaS) are frequently hailed as fundamental to cloud computing, it is actually SaaS that's proved it is here to stay.

So why, when Gartner's global CIO Survey found that 17% of CIOs expect a budget decrease, is the SaaS market projected to be in the black for years to come? These are the top three reasons why SaaS is so sticky…

Previously, companies would need to buy, build, and maintain IT infrastructures to support application deployment. With SaaS, the only infrastructure needed is broadband internet connectivity. Rather than paying a licensing fee, companies must simply pay on a subscription basis, similar to a monthly magazine subscription.

The multi-tenancy model of SaaS allows organisations to scale rapidly without incurring additional infrastructure or staffing costs. As a technology buyer, one can easily try out a few subscription seats on the platform. Service providers can readily support customers and respond to changing market requirements faster than with on-premise software.

While this is important in and of itself, it is further pertinent for volatile markets and industries. What's more, SaaS solutions can be provisioned with great speed, often with simply a browser and an internet connection from a wide range of desktop and mobile devices.

Implementing a SaaS solution can happen without disrupting day-to-day business and without necessitating a rip-and-replace exercise for a legacy IT system. It integrates with your existing investments, rather than displacing them. In fact, many SaaS products come with ready-made tools to integrate with popular packages.

With these advantages, SaaS remains a model for technology to drive and deliver innovation in businesses. In the enterprise, SaaS is also going strong. Salesforce is the de-facto CRM package and a host of other providers like Huddle, Box and Workshare are making headway.

Additionally, SaaS made its name initially with software to help manage sales, but it's now equally used to manage suppliers. As a litmus test, consider how many of your colleagues are using Dropbox to share files rather than relying purely on the corporate fileserver.

SaaS will remain the dominant cloud model of the future. Smart businesses that are looking to focus more time and energy on their core objectives rather than delving in the IT weeds should evaluate whether the above benefits are in line with their own corporate goals.

SaaS might not make sense for every business, but while the question a decade ago was, "should we make this offering available in the cloud?" – the question today is, "why should we offer this service in an on-premise version?" This signifies the massive mind shift that has occurred.