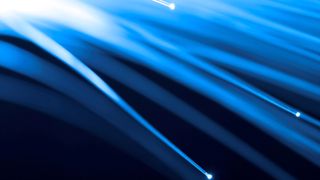 How fast do you want your broadband? It wasn't so long ago that ADSL was the newest technology on the block, promising 'up to 8Mbps' downstream data speeds over copper wires that were initially laid to carry voice calls.

Compared to dial-up, broadband felt super fast. It seemed almost magic. Even if we never received speeds anywhere near the advertised 8Mbps. Or 4Mbps. Or even 2Mbps. (Hence the 'up to'). But that was then.

That was before the explosion in web-connected laptops, smartphones, tablets, games consoles and smart TVs, and before we spent hours 'liking' status updates, streaming videos and working in the cloud. It all takes a toll on the average internet connection, especially if several devices are vying for bandwidth.

Broadband has desperately needed another boost. Since its commercial roll-out in 2000, ADSL technology has been pushed to its physical limits. ADSL2+ pushed the 'up to' speed to 24Mbps, although the real-world average is typically half this figure.

The problem is that the old copper telephone wires loop out from central exchanges. The further you live from the exchange, the greater the signal loss and the slower your ADSL connection becomes.

Faster internet connectivity requires a whole new infrastructure. Which is where fibre broadband comes in…

What is fibre broadband?

Fibre broadband replaces copper telephone wires with a network of fibre optic cable. Cut one of these cables open and you'll see that it's crammed with thin glass strands coated in plastic.

These strands are only slightly thicker than a human hair and they act like mirrors, enabling digital data to be pulsed along them using infrared laser light. While broadband speeds tail off as copper wire connections get longer, it doesn't matter how long a fibre optic cable is. There's no signal interference and little or no performance hit to endure.

Consequently, today's fibre broadband is capable of delivering download speeds up to 330Mbps, with speeds perhaps reaching as high as 40Gbps at some point in the future (though don't get excited just yet: that's far away. Speeds right now are lower because each fibre optic strand must share its bandwidth between many homes).

This next-generation access (NGA) depends on two factors - how much you're prepared to pay and what type of fibre optic connection you have.

What are the types of fibre broadband?

FTTH (Fibre To The Home) is the fastest form of fibre broadband available, because the fibre optic cable runs all the way from the exchange into your house. This fully optical connection is also known as FTTP (Fibre To The Premises). BT already offers an FTTP option, promising speeds of up to 330Mbps - 40 times faster than ADSL.

Unfortunately, the majority of homes in the UK aren't wired up for FTTH - it's expensive and disruptive to deploy. Which is why FTTC (Fibre To The Cabinet) or FTTK (Fibre To The Kerb) infrastructure is more widespread.

In this case, the fibre optic cabling only runs as far as your local junction box. Data travels the rest of the way over the old copper wiring. This means that there's some slowdown in the data speed, but the level of slowdown -depends on your home's distance from the junction box.

Who is offering fibre broadband?

BT Infinity uses an FTTC setup, with fibre connections running to a junction box that will be on, or very close to, the street where you live. The final stage, running from the junction box to your home, uses a VDSL connection over existing copper phone lines.