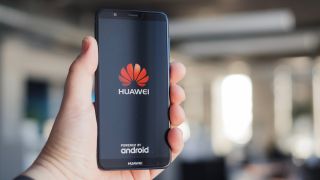 Huawei has agreed a deal with Russian mobile operator MTS to cooperate on the development of 5G networks.

The Chinese giant and MTS will work together in areas such as indoor coverage, Fixed Wireless Access (FWA) broadband, the Internet of Things (IoT) and the development of new 5G use cases over the next 12 months.

“We are very pleased to conclude a new agreement with MTS, especially in such a strategically important area as the development of 5G,” said Huawei Chairman Gou Ping. “The fact that the ceremony was attended by the President of Russia and the Chairman of the People's Republic of China once again proves how important partnership for technology is for Russia and China.”

The announcement coincides with a three-day visit to Russia by Chinese President Xi Jinping and is a major boost for Huawei as it battles the risk of exclusion from some major Western markets amid growing pressure from the US government.

America is urging allies to follow its lead, despite the absence of any evidence to suggest any wrongdoing from Huawei, and the UK is carrying it out its own assessment. A report was expected to arrive in the Spring but has not yet materialised. Leaks suggested that operators will not be banned from using Huawei kit in the radio layer of their networks, but this has yet to be confirmed.