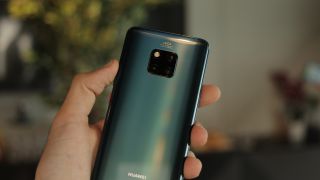 Huawei has revealed it sold 200 million smartphones in 2018, setting yet another new milestone for the company.

The Chinese phone giant confirmed sales had risen by almost a third compared to 2017, surpassing last year's total of 153 million devices shipped as it cemented its place as the world's second largest smartphone maker after Samsung.

"In the global smartphone market, Huawei has gone from being dismissed as a statistical 'other' to ranking among the Top 3 players in the world," Huawei said in its statement.

It added that there are now 500 million Huawei phones in active use across more than 170 countries worldwide, and is on track with its aim to become the world's largest phone vendor by the end of 2019.

Drilling down into specific device sales, Huawei revealed encouraging figures for its latest flagship devices, the P20 and Mate 20, which have already sold 16 million and five million units respectively.

However the largest sales came from the brand's mid-range Nova series, which sold more than 65 million devices throughout the year.

The figures also included sales from the Honor brand, which positions itself as separate from Huawei but sits under the company's radar. Specific figures were not made available by Huawei, but it did praise the "outsanding performance" of both the Honor 10 and Honor View 10 devices in helping its Chinese sales.

The news comes despite Huawei being at the centre of multiple news stories concerning its role in suspected state-sponsored surveillance, with the UK and US among the countries warning of possible threats.