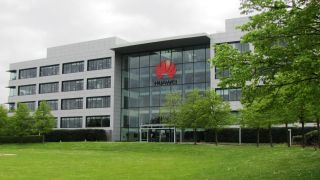 Huawei says it is reviewing its relationship with courier service FedEx after packages intended for addresses in Asia were redirected to the US without explanation.

The evidence for these actions supposedly lies in FedEx’s tracking records, and Huawei says it has not received a sufficient explanation. FedEx reportedly said this was an error and an isolated issue, however Huawei says its confidence in the company has been undermined.

Huawei says the documents contained documents rather than technology and declined to speculate on why it thought the packages were diverted. The company has effectively been frozen out of the US telecoms market due to fears that its equipment is a national security risk. But this belief has spread to Huawei’s consumer handset division, too.

Earlier this month, Last week, the US Commerce Department prohibited American firms from doing business with Huawei, a move which means the company’s handsets will no longer receive updates for the Android operating system from Google or access to its popular applications.

However, the impact of that order is set to be far-reaching and could have even more disastrous consequences. UK-based chip designer ARM has temporarily ceased work on its contracts with Huawei, while Japanese firm has stopped shipping some components.

Huawei has repeatedly denied any allegations of espionage and says the US has produced no proof to support its claims.