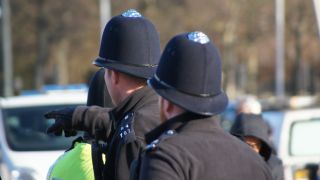 Telecommunications equipment made by Huawei is being removed from a communications system currently being developed for the UK's police and emergency services.

BT confirmed the news after stating earlier this month that it would swap out the Chinese hardware giant's gear from the “core” of its 3G and 4G mobile networks.

The Sunday Telegraph first reported that Huawei's equipment would be removed from the Emergency Services Network (ESN) and this could further extend the £2.3bn project.

BT will cover the cost of the switch and the telecom believes that this will not lead to further delays on the project.

The ESN was originally scheduled to be completed by the end of 2019 and the new system would replace an existing one owned by Motorola called Airwave.

The new system is designed around giving police, fire, rescue and ambulance services secure priority access to EE's 4G network that is currently being extended thanks to additional radio frequencies in rural areas and new mast sites.

The ESN should prove cheaper to operate than Airwave while also providing improved voice and data capabilities. However, in September the Home Office announced that it would pay to use Airwave until the end of 2022 with the possibility of extending its use further if need be.

A spokesperson for EE explained the telecoms decision to no longer use Huawei's equipment to the BBC, saying:

"We have ongoing plans to swap to a new core network vendor for ESN, in line with BT's network architecture principles established in 2006. This will be managed with no disruption to the ESN service."