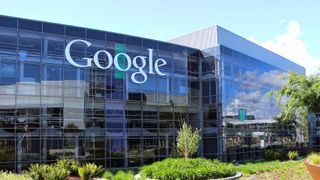 Finding bugs in Google's products was quite a lucrative business last year as the search giant has revealed that it paid out $6.5m to 461 different security researchers.

Last year's payout was almost double the $3.4m the company paid out in 2018 and since starting its bug bounty program in 2010, Google has paid out over $21m to those who discovered flaws in its software.

More and more companies have instituted their own bug bounty programs as it is much cheaper to pay security researchers and white hackers to find flaws than it is to deal with a major data or security breach later on.

These programs also encourage individuals who do discover flaws to disclose them properly as opposed to using them maliciously or selling them to others that will.

Security researchers who received payment for finding flaws in the company's products also donated an all-time-high of $507k to charity last year which is five times the amount ever previously donated in a single year.

Since Google started its bug bounty program, it has continued to grow though the past few years have all seen payouts of around $3m. The fact that the amount paid out almost doubled this year shows that the program has been quite successful at helping the company fix flaws in its software.

Google's security team continued to expand the program last year and the company even raised the top reward for finding flaws in Android to $1m.