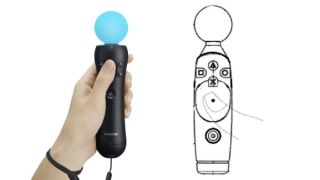 Time for a next-gen shakeup

Sony is continuing its venture into motion gaming as a newly-discovered patent suggests an updated PlayStation Move controller is in the works.

Filed in June 2012, the patent was published this month and details a new Move that doesn't deviate too much from its predecessor in design.

However there are some hints that this will be updated to bring it in line with the PS4, the biggest clue being the new touch pad surface - like the one found on the DualShock 4 controller - which features on one side of the handle.

As well as that, the standard four PlayStation buttons also feature above the touch pad in the usual formation.

Shake it, shake it

It's been over three years since the original PlayStation Move first launched, and with the PS4 now out on the shelves, it feels the perfect time for an update.

There's never any guarantee we'll see these things become a reality, but with the patent now published and out in the open, we could well be seeing the next generation of PlayStation Move pretty soon.