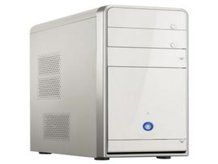 Psystar's counterclaims that OS X being tied to only Apple hardware violates US antitrust acts have been dismissed by US District Judge William Alsup.

A 19-page decision by Alsup dismisses claims from Psystar that Apple's OS X should not be kept proprietary, bringing the focus back to the clone company.

Apple has already filed a lawsuit against Psystar after it began selling 'OpenMac' PCs which used Apple's OS X – alleging that the company has violated licences, trademarks and copyright.

Psystar's response was to counterclaim that Apple keeping its OS to its own hardware was anticompetitive restraint of trade.

However, Alsup's summation suggests that Psystar did not provide sufficient legal support to back up its central point that the Apple OS constituted a market.

Psystar now has 20 days to amend its claims before they are thrown out entirely – but it's looking increasingly likely that Goliath has the edge over David in this case.