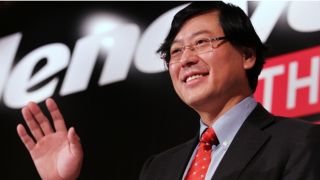 Lenovo plans to raise $1.5 billion to generate working capital and for potential acquisitions, according to a company filing with the Hong Kong Stock Exchange.

The company recently underwent a corporate restructure in order to diversify its product line. The changes, which went into effect April 1, restructured the overall business into four divisions: PC, Mobile, Enterprise, and Ecosystem and Cloud Services.

The Motorola Mobility and IBM server division acquisitions better enable the company to transition its reputation from strictly a PC maker to an enterprise and consumer technology company. Lenovo rival, Acer, also recently stated its desire to move away from its reputation as a PC company.

Last month, Lenovo made an additional investment in mobile technology, including a $100 million acquisition of 21 patents related to 3G, 4G, and other mobile technologies.

Lenovo was rumored to be considering purchasing Blackberry in October, two months after a Lenovo exec said the company was looking for opportunities to expand its mobile business.

Lenovo purchased IBM's server infrastructure division to diversify its product line-up. However, it was recently reported the acquisition might be on hold because of IBM's relationship with the Pentagon and FBI.

According to the reports, the US has been banning Chinese hardware firms from government contracts. The Committee on Foreign Investment in the US is investigating the acquisition.