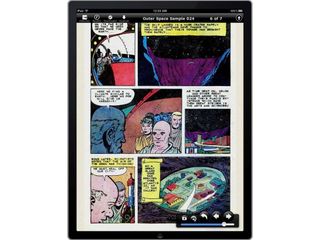 Apple has issued a press release to announce the fact that it has sold two million iPads since the US launch of its new tablet computer back in early April.

So much for a 'niche' product!

TechRadar was on hand to witness the scenes of consumers queuing up overnight for the UK launch at Apple's flagship Regent Street store late last month.

Healthy first weekend sales of the iPad in the UK and elsewhere across the world in Australia, Canada, France, Germany, Italy, Japan, Spain and Switzerland has now nudged the sales total over the two million mark.

Apple has given no geographical breakdown of the two million sold to date. The company had previously announced that it had sold one million iPads in the US in the first month since launch on April 3.

Apple's next international launch of the iPad in July will see the tablet device go on sale in nine more countries including Mexico, Austria and Ireland.