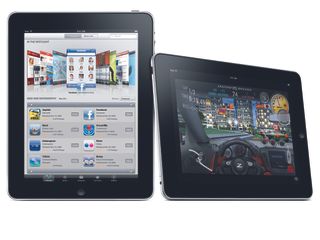 Hacker George Hotz claims that already knows how to jailbreak Apple's iPad, a week before the device is actually launched

It looks like the Apple iPad had been hacked or 'jailbroken' prior to the 3 April US launch next week, if infamous hacker George Hotz is to be believed.

Hotz is the famed hacker behind recent iPhone and PS3 exploits and claims to have already cracked the Apple iPad prior to its US launch.

Hotz is best known for hacking Apple's iPhone, allowing users to use the phone on any network and to install unauthorised, cracked apps.

Hotz has also claimed to have hacked the PS3, though his hack still does not allow gamers to run cracked games on Sony's console.

Hotz's iPhone-cracking software blackra1n offers the most technically-inept iPhone user a one-click jailbreaking solution, much to Apple's dismay. Hotz now says that blackra1n "will probably work on iPad too".

We should see if he is right or if Apple has managed to block blackra1n from jailbreaking its new iPad at launch on 3 April.

Apple working in some sort of block to Hotz's software before the iPad arrives next month.