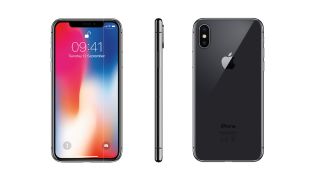 Apple has asked its key suppliers to evaluate production and assembly options outside of China as it seeks to diversify its supply chain.

The Cupertino-based company has long relied on China for the rapid assembly of its devices and the manufacturing of components but fears the ongoing trade dispute between Beijing and Washington means the risks of such dependence are too great.

Apple has been touted as one of the American firms that could be targeted by Chinese government blacklists or trade tariffs as retribution for the US government’s decision to ban Huawei from the country.

However, Nikkei Asian Review, says that not even a resolution to the dispute would change Apple’s decision.

"A lower birth-rate, higher labour costs and the risk of overly centralizing its production in one country” were all reasons cited by the publication.

It is thought that between 15 and 30 per cent of activities could be moved to other countries, with India, Indonesia, Malaysia and Mexico among the candidates. However it would take several years to move even a portion of production away from China given the complex ecosystem that has been established there.

Indeed, five million jobs in China rely on Apple’s presence, while the company itself employs more than 10,000 people.

China is also a huge market for Apple, with the economic slowdown in the country cited as a major factor in lower than expected demand for iPhones and shrinking revenues back in January. Any move to make its devices unappealing to the Chinese market would have a major impact.

However, Huawei founder Ren Zhengfei has said he is opposed to any tit-for-tat action, claiming he would be the first to protest any sanctions.