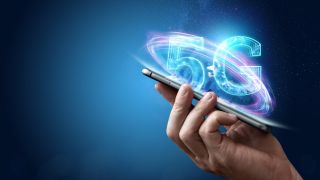 5G awareness in the UK is high but consumers are still largely unaware of the new applications that next generation networks will enable, new research has found.

A study by Amdocs found that 30 per cent of Brits plan on purchasing a 5G-compatible handset this year, despite the fact that 5G is a new technology and that the first wave of smartphones will be expensive.

Two fifths (40 per cent) say they have a technical understanding of 5G, meaning they are aware of elements like ultrafast speeds and ultra-low latency, while 55 per cent have at least a basic understanding. Only 5 per cent of consumers have never head of 5G.

This high level of awareness could be attributed to high profile media coverage of Huawei (and possibly misinformation spread by those who believe 5G is a health risk), but Amdocs attributes it to strong marketing campaigns by mobile operators.

EE has made a strong advertising push, while O2 and Vodafone also offer 5G mobile services in the UK. Three has also been promoting its 5G Fixed Wireless Access (FWA) proposition.

However Amdocs says that the more revolutionary applications that 5G will enable are less appealing to mobile users than more traditional use cases at present. When asked what the services they were most looking forward to using on 5G, 81 per cent said Internet, 74 per cent stated streaming and 32 per cent specified connected home devices. For example, just 15 per cent said Augmented or Virtual Reality (AR/VR).

Flexible and remote working is a key attraction too. A third believe 5G will deliver better videoconferencing services and better training and development opportunities. Additionally, 61 per cent believe their ability to work in any location will be a possibility.

The findings will be cause for optimism among mobile operators that have invested billions in their infrastructure. But they also suggest a need to make sure more consumers are aware of the new applications that G will enable.

“Consumers’ first experience of 5G will be a faster, more responsive and consistent experience for the types of things we do today – internet access, streaming video, accessing and storing photos in the cloud,” said Angela Logothetis, CTO, Open Networks at Amdocs.

“We will see service providers start to bundle and monetise these popular applications and content as part of 5G. The more futuristic services – driverless cars, VR and AR technology – will take time – although we are seeing interest in early capabilities – like augmented reality street maps. There is definitely an opportunity for new killer 5G use cases to be developed to drive demand for 5G.

Analysts at IDC believe there are more than 10 million active 5G subscriptions but expect there to be an annual growth rate of 217.2 per cent in the lead up to 2023, at which point 5G will account for 1 billion connections.