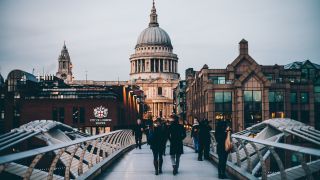 Nearly every single London borough doesn’t have a specific strategy for the rollout of 5G networks in their jurisdiction, according to data obtained via Freedom of Information (FoI) requests.

Industry body Tech London Advocates asked all 33 boroughs about their plans for next-generation networks, which are expected to deliver a range of economic and societal benefits to the capital.

Although the rollout of 5G is the responsibility of major operators, local authorities play a critical role in areas such as planning permission and access to council-owned street furniture.

This will be even more important with 5G due to the requirement for micro infrastructure such as small cells to boost network density. This capacity is required to power new applications that require constant, low-latency connectivity.

Responses showed that 31 out of 33 boroughs don’t have a specific strategy and none has allocated any budget. Only three have a staff member responsible for 5G and none could provide an expected timeframe for full coverage.

Thirteen boroughs said they had concession agreements with infrastructure providers such as Arqiva, but these have been criticised for increasing operator costs. Under the present model, mobile operators bid for contracts with local authorities for the exclusive rights to deploy micro-infrastructure such as small cells on furniture such as lamp posts and bus shelters.

Any other operator wishing to use these assets must pay a wholesale charge to the exclusive rights holder.

Tech London Advocates founder Russ Shaw has called for a more coherent approach to regulation: “As these results show, London is far from ready for widespread connectivity. The capital’s multi-borough system poses a unique set of challenges to network operators working towards a cohesive rollout compared with other cities. It requires co-ordination of different budgets, timelines and deals between a complex blend of stakeholders, including the challenge for [mobile operators] of working across 35 planning authorities and 34 highways authorities.

“The Greater London Authority must align all the boroughs under the same policy, proactively encouraging investment from network operators and fostering collaboration between them, businesses and land owners. Otherwise, London risks being one of the worst cities in the UK for 5G coverage – an unacceptable scenario when the capital’s global future is already under question.”

Mobile operators have frequently cited difficulty in gaining access to sites and access to planning permission as a key barrier to rollout. Some have in the past called for local authorities to forego any direct revenue from concession agreements in favour of the indirect economic gains afforded by better connectivity.

We think the Government’s proposed reforms to Permitted Development rights are a good start, and we encourage them to go further by cutting unnecessary red tape around local planning approvals for 5G equipment. To ensure residents benefit from 5G and improved connectivity, it’s also critical that local authorities do their part and deliver on these reforms.

“We think the Government’s proposed reforms to Permitted Development rights are a good start, and we encourage them to go further by cutting unnecessary red tape around local planning approvals for 5G equipment,” said a Three spokesperson, “To ensure residents benefit from 5G and improved connectivity, it’s also critical that local authorities do their part and deliver on these reforms.”

“We’re committed to continuing to roll out 5G across London, and recent independent testing from RootMetrics shows we have already made 5G available across more than 60 per cent of the capital,” added an EE spokesperson. “We were the first to launch 5G in the UK, and we’re continuing to upgrade sites every day, working closely with local councils and landlords. The process for the roll out of new mobile technology can always be improved to help remove barriers, and that’s important in ensuring that the UK is at the forefront of digital communications.”