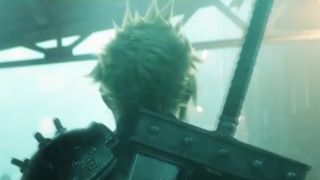 Ask anyone in their 20s what their favorite Final Fantasy game is and 95% of the time the response will be "Final Fantasy VII."

For years gamers of this generation have been clamoring, begging and even threatening for an HD remake of the quintessential classic and after nearly 20 years since the game's initial release, they'll finally get their wish.

At its E3 2015 press briefing held in Los Angeles, California, Sony showed the audience their first look at the new graphics with a one-minute, fifty-three-second trailer (found below) that depicts Cloud and his ludicrously large blade walking through a busy city street.

The game will launch first on PS4, though it looks like it will come to other systems - presumably Xbox One and PC - sometime after.