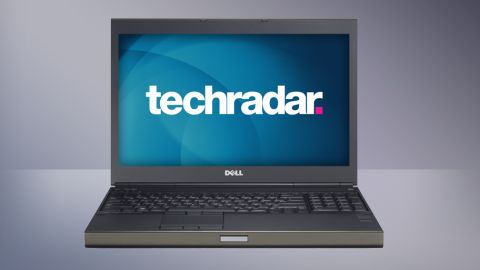 It's powerful, oh yes, it's powerful! The M4800 is undoubtedly capable of running any high-end design software you can think of. It will work brilliantly for video editing, rendering, photo manipulation and CAD. The CPU performance is up there with entry-level desktop workstations, and its graphics card is beefy enough to drive multiple displays with ease, as well as offer useful CUDA acceleration of tools such as Adobe After Effects.

Although the Dell M4800 isn't as portable as a thin-and-light laptop such as the MacBook Air, a heavy chassis is standard for nearly all mobile workstations, along with battery life measured in minutes, not hours. Previously this level of graphics performance was only available in even bigger laptops, which were really more useful as desktop replacements than portable design platforms. While the M4800 isn't exactly dainty, it's certainly a step in the right direction.

The TN screen is a real weak point of the Dell Precision M4800 version tested here. It's not as vibrant, bright or accurate as the QHD+ display in the older version. Ideally, you would have an IGZO 1080p display, with all the excellent colour accuracy and vivid brightness of the QHD+ version, but none of the DPI scaling issues, but life isn't perfect.

Despite Dell's preference of a chassis that resembles a tank, and the need to accommodate a large battery and graphics card, it would have been nice for the Dell Precision M4800 to be slightly less ugly. Just because it's aimed at professionals doesn't mean it can't have a semi-sleek design, and tiny trackpads aren't fun to use, whatever type of user you are.

The hybrid hard disk may have 8GB of flash memory, but it's still slow compared with an SSD. If you're considering a Dell Precision M4800, adding an SSD is the first thing we recommend doing.

The Dell Precision M4800 is hardly going to appeal to students looking for a laptop to take to college, but design professionals who need a portable machine with real 3D grunt will be pleasantly surprised by how capable it is. It's not a complete behemoth like other 17-inch mobile workstations.

Choose the display carefully though. The QHD+ IGZO screen is just better in every way, but the well-publicised DPI issue with some software packages might make it more trouble than it's worth.