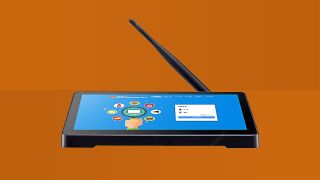 At just under $200, the Pipo X10R is a flawed product that could have been capable of much more even if it is pitched as a point of sale system.

The premise for its introduction to the market is simple: it seeks to exploit the growing audience of small and medium businesses that look to move away from pen and paper and embrace digital transformation.

The Pipo X10R aims to encourage front desk staff to go digital on a budget, by giving them a cheap tablet that can be used instead of pen and paper.

In theory, the X8 fits the bill; it runs on Android, has an integrated stand, an external antenna for improved coverage, four full-size USB connectors, an HDMI port, an audio out, an Ethernet LAN port and a large internal battery.

But look at it closer and it might not be as good as it seems. For a start, it is more expensive than what we’d expect. The Teclast M30 costs $30 less and yet has 4G connectivity, twice the onboard memory, better Wi-Fi and a much faster processor.

Also, the X8 runs on Android 7.1 which is nearly three years old and can’t be upgraded to Android 10, it is heavy at nearly 1Kg, doesn’t have any cameras, has only one USB 3.0 port and on top of that, has a cooling fan.

Our verdict? Grab the M30 and pair it with a Type-C docking station which should allow you to connect a display as well for added versatility.