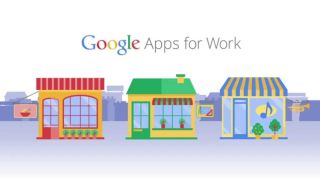 Google has introduced a new training scheme for its Apps for Work online productivity suite.

Going by the commendably straightforward name of Training for Google Apps, it's an interactive tutorial experience that's built right into the suite, with Google noting that it acts like a 'virtual coach' to help users discover how to do stuff when IT staff aren't around (or don't want to be bogged down with questions).

The training system is fully searchable and consists of various modules (both text-based and voice) covering Gmail, Calendar, Drive, Docs, along with social network Google+ and other bits and pieces.

You can, for example, discover how to craft an email signature, or to set an expiry date when you share a document with others.

The training modules aren't just in English either, also being available in French, Chinese, German and Japanese to name a few additional languages.

Google has done some research into how effective this training can be, and it reckons that companies which use the system see, on average, 35% higher adoption of Google Apps among their employees.

Training for Google Apps can be pushed out via the Google Apps Admin console to staff using either the Chrome browser or Chrome OS.