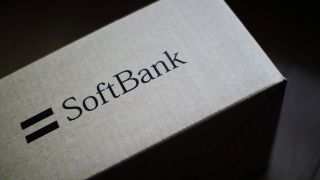 SoftBank Group has announced that it will launch its second Vision Fund with the help of Apple, Foxconn, Microsoft, other tech giants and investors.

The new fund will be called the Vision Fund 2 and it will focus on technologies based on artificial intelligence (AI). According to SoftBank, the fund's capital has already reached around $108bn with the group itself contributing $38bn.

Vision Fund 2's total amount could end up being higher than $108bn though as SoftBank Group has said that it is still in discussions with other participants.

The new fund is expected to decrease SoftBank's reliance on investment from Saudi Arabia and at the same time, it has the potential to change the relationship between startups, tech giants and investors.

Vision Fund 2 could also help SoftBank build on its position as the most influential global investor. The $97bn Vision Fund 1 allowed the group to invest in several high-profile companies across the world including the ride hailing companies DiDi and Grap, India-based grocery delivery startup Grofers, payments company Paytm and the budget lodging startup Oyo.