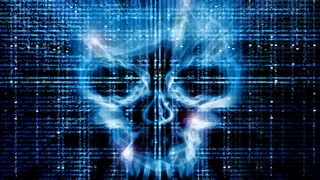 Despite the fact that falling victim to a cyberattack could damage an organization's reputation as well as its bottom line, a new survey from Keeper Security has revealed that cybersecurity is not at the top of the list when it comes to where businesses are placing their focus and efforts.

To compile The 2019 SMB Cybersecurity Study, the firm surveyed over 500 senior level decision makers at companies with 500 employees or less (SMBs) to identify the gaps between awareness and action in business cybersecurity needs.

Surprisingly the study found that two out of three business leaders (66 percent) don't believe they'll fall victim to a cyberattack despite the fact that a previous study (conducted by the Ponemon Institute for Keeper) found that 67 percent of businesses had been attacked within the previous 12 months.

"Businesses face a vulnerability crisis when it comes to cybercriminals, and this reality won't get better until cybersecurity gets higher billing on their to-do list. "

A major perception gap exists between businesses that don't believe they'll fall victim to a cyberattack and those who have. Keeper's study found that only around one in ten (12 percent) of the senior decision makers surveyed understand the reality that an attack is very likely regardless of how big or small a company is.

The 2019 Cyberthreat SMB Study also revealed differences in perception between newer and more mature businesses with companies in business for less than five years believing they're at a much higher risk than those who have been operating for 10 or more years. Of the companies surveyed that have been in business less than five years, 28 percent believe it is “very likely” that they'll be the target of a cyberattack while only six percent of businesses operating for 10 or more years thought the same.

Businesses are also failing to prepare for the eventuality of a cyberattack and 60 percent of respondents reported not having any prevention plan in place against a cyberattack.

In today's digital world, neglecting cybersecurity is a dangerous path that could be quite detrimental to businesses of any size and hopefully Keeper Security's study and others like it help organizations realize the error of their ways before it's too late.