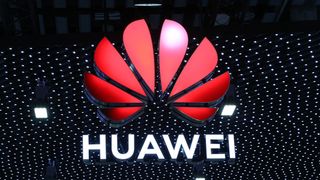 MPs have concluded that there is no technical reason why Huawei should be excluded from the UK’s telecoms infrastructure but have suggested there are ethical and political reasons for a ban.

However, Huawei is a key supplier of radio equipment to all four major UK operators. America is pressuring allies to follow its lead, despite the absence of any evidence to suggest any wrongdoing from Huawei, and the UK is carrying it out its own assessment.

A report was expected to arrive in the Spring but has not yet materialised. Leaks suggested that operators will not be banned from using Huawei kit in the radio layer of their networks, but this has yet to be confirmed.

In a letter to the government, the Parliamentary Science and Technology Committee said operators did not believe that Huawei’s kit was any less secure and that any ban would give networks less leverage to demand higher security standards from other vendors.

It was also concerned that there would be lower competition in the market and that no proof of any vulnerabilities had ever been delivered. It did, however, call for a formal ban of Huawei gear in the core layer of the network – a measure that the leaked report suggested would be enacted by the government.

“We have found no evidence from our work to suggest that the complete exclusion of Huawei from the UK’s telecommunications networks, would, from a technical point of view, constitute a proportionate response to the potential security threat posed by foreign suppliers,” said Norman Lamb, Chair of the Committee.

However, the Committee did suggest a ban might be in the UK’s best interest given the deteriorating relationship between London and Washington. The US has previously suggested that it might limit intelligence sharing should Huawei play a role in the UK’s rollout of 5G.

“The conclusion is restricted to technical considerations,” continued Lamb. “There may well be geopolitical or ethical grounds for the Government to decide to enact a ban on Huawei’s equipment.”

“We note the key conclusion from the Science and Technology committee letter, which states ‘There are no technical grounds for excluding Huawei entirely from the UK’s 5G or other telecommunications networks.’”, Victor Zhang, President of Global Affairs at Huawei, said.

“And it also says ‘we have found no evidence from our work to suggest that the complete exclusion of Huawei from the UK’s telecommunications networks would, from a technical point of view, constitute a proportionate response.’

“We are reassured that the UK, unlike others, is taking an evidence-based approach to network security. Huawei complies with the laws and regulations in all the markets where we operate.”

Canada is another country considering the role of Huawei in its telecoms infrastructure. A vote on the issue was expected to be held in the near future, but Reuters says Prime Minister Justin Trudeau is not keen to proceed until relations with China improve.

The country is currently in process of extraditing Huawei CFO Meng Wanzhou, who was arrested in December, to the US where she faces charges of fraud. Two Canadians have been detained by China following accusations of espionage, allegations described as “arbitrary” by Ottawa, while Beijing has blocked imports of some Canadian goods.