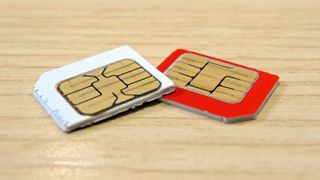 A new Cellular Data app from Microsoft has popped up on the Windows Store, revealing Redmond's plans for a Microsoft SIM card and mobile data plan designed for Windows 10 devices that have a cellular modem.

The idea is that the app (which The Verge spotted) will enable Windows 10 users to connect to various mobile networks without having to sign up to them, or be tied into any contract with an operator.

The data plan will be run and billed through the user's Microsoft account, enabling them to buy and use mobile data as and when they need it.

Redmond notes that the app is designed to work with specific Windows 10 devices, and will need a Microsoft SIM card as well as a Microsoft account.

The app description says the service will be available in "some markets", so obviously this will be the US, and hopefully the UK will get in on the ground floor too, although that remains to be seen.

To begin with, it will be domestic networks only for those markets where the app goes live, although international roaming should be available before long.

Signing up for a data plan will be a simple process – by the sounds of it you'll be done in not much more than a few clicks.

We'll bring you more news on this as we get it – given that the app has appeared in the Windows Store it shouldn't be long before we hear an official announcement.

It will be interesting to see which mobile networks Microsoft has on-board, and of course pricing will also be key – how much will we have to pay for the convenience and flexibility this offers?