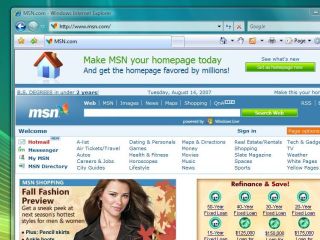 MSN sign-ups are at the centre of the lawsuit

A US lawsuit is alleging that Microsoft violated racketeering laws by fraudulently signing up customers for its paid-for element of MSN. The Supreme Court rejected an appeal by Microsoft and retailer Best Buy yesterday to dismiss the suit.

Now the class-action lawsuit involving thousands of consumers will be litigated in federal district court, according to the Associated Press.

Microsoft invested $200 million in Best Buy in 2000 while Best Buy agreed to promote the MSN subscription service to its customers. The dispute began when a Mr James Odom sued the companies after purchasing a laptop at a Best Buy store.

The suit alleged that Best Buy included a software CD with his purchase that provided a six-month free trial to MSN but that Microsoft began charging him after the suit ended - meaning Best Buy had to have transferred payment details to Microsoft.

The suite says the companies infringed the Racketeer Influenced and Corrupt Organizations Act, or RICO, as they allegedly engaged in wire fraud when transferring the plaintiffs' financial information.

There are two main complainants in the case. Microsoft and Best Buy claimed their marketing agreement did not constitute an ongoing "enterprise" - a required stipulation under the RICO statute.