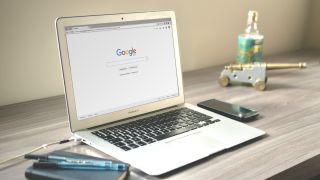 Google has announced that it won’t be bidding for a Pentagon computing contract valued at $10 billion amid fears the project doesn’t align with the tech company’s ethical values, following protests from its staff.

This follows Google’s cessation of its role within the Pentagon’s ‘Project Maven’ AI drone system, which can identify people and areas of interest using drone footage, with Google’s involvement triggering a backlash from the public as well as its own workers.

In June 2018 Google published a set of principles for its artificial intelligence research, with the company stating that it will not use its AI technology to create “weapons or other technologies whose principal purpose or implementation is to cause of directly facilitate injury to people”.

Using its powers for good?

Another reason for Google’s withdrawal from the Pentagon cloud project is the company’s concerns around the bidding process – while the contract can only be won by one company, a Google spokesperson told Bloomberg that the company “believes a multi-cloud approach is in the best interest of government agencies, because it allows them to choose the right cloud for the right workload”.

Following Google’s withdrawal, the companies left in the running for the $10 billion contract include Microsoft, Amazon Web Services, IBM, and Oracle.

While this appears to be a noble stance for the tech giant to take, Google’s high ethical standards haven’t stopped the company working to create a censored search engine called Dragonfly for the Chinese government... make of that apparent double standard what you will.