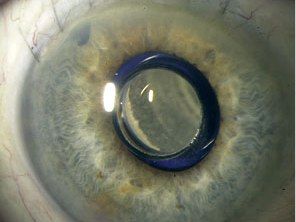 Control your games, with a flick of the eye

The latest eye-controlled gaming tech was shown off at CES 2011 in Las Vegas this month.

A US company called National Instruments was showing the rudimentary eye-controller to attendees at the show. Blink, and you may well have missed it…

Whack moles with your eyes

A basic version of everybody's seaside-arcade favourite Whack-A-Mole was on show at the firm's stand in Las Vegas.

Whack the mole by looking up, down, left or right. What could be easier?

National Instruments has outlined the game in further detail on the Waterloo Labs' website on which you can see a bunch of young scientists playing Mario and blinking in a rather unbecoming manner.

Chris Culver and Hunter Smith of National Instruments were demonstrating the latest versions of their eye-control tech in the Analog Devices meeting room at CES.

Whether or not we might see eye-control augmentation to Microsoft Kinect or Sony Move in the next year or two remains to be, err, seen.