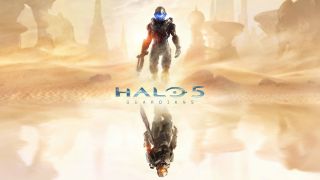 Spoiler alert: there will be big guns

Microsoft has announced that Halo 5: Guardians will arrive on Xbox One in late 2015, meaning you now have one more reason to pick up Microsoft's new console.

343 Industries general manager Bonnie Ross described the game as a bigger effort than Halo 4, but added that it'll take "some core elements" from previous titles while taking "full advantage of the Xbox One's hardware and ecosystem to create worlds and experiences worthy of next-gen."

Halo 5 will launch "fall" 2015, running at 60 frames per second on dedicated servers, confirmed Ross, who said that the team could now achieve "the scope, features and scale we've been dreaming of for more than a decade".

Guardians of the galaxy

We're promised more information at the Xbox E3 event on June 9, including details on some other "special" plans. As we're being told Halo 5 is a "journey" rather than a destination, perhaps early-access beta is on the cards?

Ross said that the new game will arrive in time for the Halo TV series, also set to hit screens towards the end of 2015.

So what will we have to tide us over until then? Halo 2 Anniversary would be a nice E3 announcement, eh Microsoft?