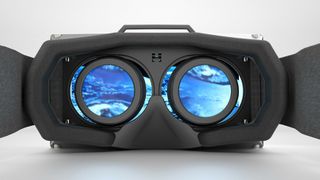 Were you an early backer for the Oculus Rift? Did you see the potential in virtual reality? If so, Oculus VR wants to thank you with a free headset.

Ahead of pre-orders going live on January 6, Oculus has announced that anyone who pledged enough to get a developer kit during the original Kickstarter campaign will be getting a finished headset for free.

Oculus says these will be "Kickstarter Edition" headsets - expect some special branding - and they'll come packaged with a copy of Lucky's Tale and a copy of EVE: Valkyrie, like all other pre-orders.

Backers will receive a survey from Kickstarter before the end of the month. Just fill that out and provide your shipping address, and a free rift will be yours. If you're not in one of the 20 launch countries, but still pledged for a Rift development kit, fear not, Oculus says it's working "on an alternative".