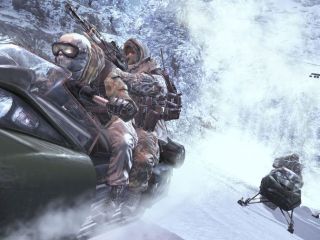 Call of Duty: Modern Warfare 2 has officially become the best-selling game in UK history, with the first person shooter achieving this in significantly less than a year.

According to figures from GfK Chart-Track, CoD: MW2 has overtaken Dr Kawashima's Brain Training in 41 weeks, to take the UK title.

The game itself was beset with controversy for its slightly odd 'terrorist' level in which you played along as an undercover agent in an airport slaughter.

However, despite the disgust at this level – and the debate as to its justification is still raging – the game was a massive hit with the consumers.

So, if you want a formula for success, pile in a load of controversial nonsense onto an already popular IP and season with popular multiplayer. Boom, headshot.

But who would try to reinvent the wheel? *Cough* MOH *cough*