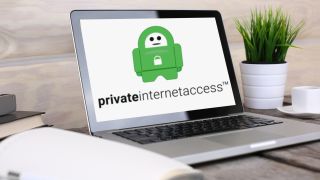 Private Internet Access, a popular VPN provider, is set to have a new owner, after Kape Technologies announced its intention to acquire the parent company (and creator) of PIA, LTMI Holdings (London Trust Media).

The deal is for $95.5 million according to a report by Vox Markets, consisting of $52.9 million cash, and the issue of over 42.7 million new Kape shares which will also pay off London Trust Media’s existing $32.1 million debt (making the total enterprise value of LTMI $127.6 million in the acquisition).

Kape describes itself as a cybersecurity company focusing on giving consumers better digital protection, and the operation has already bought two other high-profile VPN providers previously – namely ZenMate (acquired last year) and CyberGhost (picked up the year before).

Clearly, Kape is serious about gobbling up turf in VPN territory, and the firm notes that PIA has over a million paying customers, and that almost half of these are based in the US.

This will double Kape’s existing user base to make for over two million paying subscribers across the globe.

Assuming the acquisition goes ahead as planned – subject to the usual regulatory approval – it’s expected to be finalized in early 2020, and Kape says it will then adopt the Private Internet Access name.

Kape CEO, Ido Erlichman, commented: “This transaction makes our vision a reality by creating one of the most prominent privacy companies globally. In one acquisition, I believe we have positioned Kape to fast become one of the leading digital privacy service providers in the world, empowering consumers to manage their own data and digital security.”

As well as the core VPN business, Private Internet Access has various other strings to its privacy bow, including an encrypted search engine (Private.sh) and a privacy-focused browser called LibreBrowser.

When we reviewed Private Internet Access, we were highly impressed with the VPN on the whole, so it’s not surprising that the service makes the cut for our roundup of the best VPN providers.