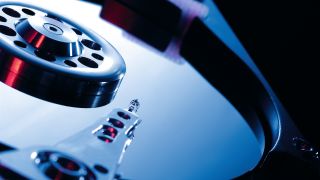 I'm reminded that when I do what I do best and don't try to be all things to all people, I get much more accomplished. Interestingly, I've found that the same approach applies to server storage system controllers – and to the home PC I use for photo editing.

If I look only at initial costs and am satisfied with the performance of my display for day-to-day computing activities, I could go with the integrated controller, something that many consumers do. But my needs aren't that simple. I need multiple displays, higher screen resolution, higher display system performance, and the ability to upgrade and tune the graphics to my applications. To do these things, I go with a separate discrete graphics controller card.

In the data centre, IT architects use RAID as a means to recover from disk failure. RAID, or 'redundant array of independent disks', mirrors and stripes data across multiple drives. This creates resilient arrays and builds in the ability to make a quick recovery.

Also, hardware-based RAID can help optimise the performance and scalability of the SAS protocol. Sure, the build of materials (BOM) cost with hardware RAID is higher when a RAID on Chip or IOC component enters the mix, but these purpose-built solutions are designed to deliver performance and flexibility unmatched by most software RAID solutions.

Enterprise-hardened RAID solutions that protect data, and manage and deliver high availability, can scale up and down because they are based on RAID-on-chip (ROC) solutions, and they are designed to provide a consistent experience and boot across operating systems and BIOS.

One of the biggest differences between hardware and software RAID is in data protection. For example, if the OS shuts down in the middle of a write, once it is back up the OS can't recognise whether the write was compromised or failed because the RAID cache was from host memory. A hardware RAID solution holds the write data in separate, non-volatile cache and completes the write when the system comes back online. Even more subtly, the CPU and storage cache are offloaded from the host memory, freeing up resources for application performance.

A simple way to describe software RAID is that the RAID task runs on the CPU of your computer system, sharing the computing power with the operating system and all the associated applications.

When it comes to software RAID, there is an added load to the server processor and buses. Features can also be limited – for example with hardware RAID, drives can be swapped over in case of failure or to increase performance when necessary, without having to power-down your system.

For software RAID to deliver write cache and advanced features, a non-volatile write cache via battery or flash backup schemes needs to be added, and suddenly the BOM costs are similar or higher than the more flexible hardware RAID solution.

Different IT architects will ultimately decide on different RAID options, depending on the size and requirements of their infrastructure. For the enterprise, however, hardware RAID solutions bring many features and capabilities that simply cannot exist in a software RAID on-load environment.

To be sure, an enterprise server is no PC or TV, but the choice between a discrete and integrated solution, whether in consumer electronics or storage server technology, is of a kindred sort.