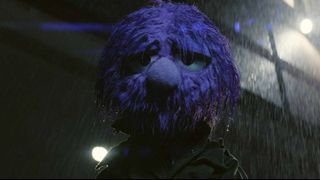 Three has delayed the launch of 5G mobile services on its network until early next year, saying it needs more time to get it ready.

The operator launched Fixed Wireless Access (FWA) services on 5G in central London earlier this August and intended to offer mobile services in 25 towns and cities before the end of 2019.

It said that although it had doubled the number of 5G masts in the capital, and upgraded more than 1,400 sites to 5G already, it wanted to make sure all elements of the network were in order before it launched commercially.

This includes backhaul, getting planning permission from landlords, and migrating more customers to its cloud core network. It is now expected that Three 5G will go live in Q1 2020.

“Some of these components are more time consuming and complex than others, and, as a result, our 5G roll out is slightly behind our original plan,” said Three.

EE was the first mobile operator to launch 5G in May, with Vodafone going live later in the summer, and O2 switching its 5G network last month. Three was also the last UK operator to offer 4G mobile services, but a late launch is unlikely to harm its long-term prospects.

5G coverage from its rivals is still limited while there isn’t the same capacity crunch that made 4G so desirable back in 2012. UK operators have been among the first to launch 5G whereas they were comparatively late with 4G.

Three is the UK’s smallest mobile operator but believes 5G will allow it to lead the market for the first time thanks to its spectrum holdings. Thanks to auction victories and the acquisition of UK Broadband, Three says it has the most usable 5G spectrum of any UK network and that it has 100 MHz of contiguous 3.4GHz airwaves that will allow it to offer the fastest, most reliable connection.

All Three users with a compatible phone will be able to access 5G at no extra cost.