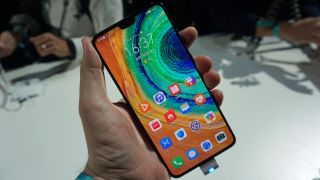 Huawei has confirmed that while it is still prioritising the use of Android on its smartphones, it still plans to bring its in-house operating system Harmony OS to more products in 2020.

The Chinese mobile giant is currently banned from doing business with US companies, a ruling which could limit its access to Google’s mobile platform. The situation is fluid but uncertain, leading Huawei to develop an in-house alternative.

The first Huawei product to run Harmony OS, known as Hongmeng in China, is a smart television, and the company will use the platform in devices such as wearables and smart speakers both in its homeland and beyond.

However there are no plans to extend this to smartphones, tablets and PCs. The absence of Android and other key Google apps would severely limit the appeal of Huawei’s smartphones in the west and there is a chance that Google could receive a licence from the US commerce department.

Microsoft is the most high profile recipient of such a licence to date, meaning it can supply Huawei with its Windows 10 operating system on PC.

The plans were first made public by Wang Chenglu, president of Huawei’s consumer software unit at an event in its home city of Shenzhen. According to the South China Morning Post, Chenglu aldo revealed that Harmony OS’s source code will be made available to developers by August 2020.

Huawei has already helped establish China’s first open source foundation amid concerns the country could be denied access to Github. Access to Github in Iran, Syria, and Crimea has been restricted in order to comply with US sanctions and it is unclear what action the US might take with China in the two countries’ ongoing trade dispute.