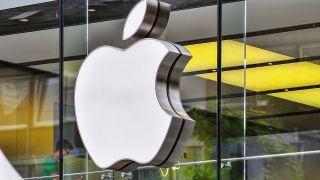 Apple has announced it is shutting all its retail outlets and offices in China in an attempt to slow the spread of deadly coronavirus.

“Out of an abundance of caution and based on the latest advice from leading health experts, we’re closing all our corporate offices, stores, and contact centers in mainland China through February 9,” Apple said in a statement.

The iPhone maker is following the lead of other multinational organisations with a presence in the country, although the statement added that the company hoped to re-open its stores “as soon as possible”.

Several technology firms are continuing production in China despite the ongoing coronavirus crisis causing significant disruption in the country.

There have so far been 17,000 confirmed cases in China, with 361 deaths resulting from infections. The government has imposed travel restrictions in order to slow down the spread of the virus, while there have also been calls for non-essential industries to cease operations.

Many companies have instructed employees to work from home and to minimise travel, however the technology sector is viewed as a “critical” industry, exempt from many restrictions.

Reuters reports that many tech firms are taking advantage and that it’s business as usual at many production facilities following the conclusion of a week-long holiday to celebrate the Lunar New Year.

These include Huawei and Samsung, but there is an acknowledgement that a period of prolonged disturbance would be damaging. China is both a major supplier and market for Apple, with CEO Tim Cook telling investors last week that his company was working on mitigation plans to deal with any possible reduction in production.

Mobile Industry body GSMA has said the annual Mobile World Congress (MWC) will take place as planned in Barcelona later this month, despite concerns it could accelerate the spread of the virus. The annual industry showpiece attracts in excess of 100,000 visitors from all corners of the globe, necessitating huge amounts of international travel and causing huge numbers of people to mix in a confined space.

The GSMA has said it will follow the recommendations of the World Health Organisation (WHO), the Chinese government, and Spanish authorities, while it will provide additional medical support and sanitising products throughout the venue. Exhibitors who may not be able to travel to Barcelona as a result of the outbreak will also be provided with support.