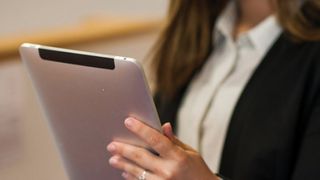 Sage Pay has been acquired by Elavon, a US-based merchant processing outfit, for a reported sum of £232 million (around $300 million).

TechCrunch reports that Sage Group said that the acquisition is going ahead for the aforementioned sum in cash, although the buyout will still be subject to the usual regulatory scrutiny before it actually happens (the deal should close out at some point in the second quarter of next year, all being well).

Sage Pay is a popular payment gateway business for SMBs in the UK, and it will join Elavon’s existing offerings and integrated international processing platform, an empire which spans across the globe and some 30+ countries.

Elavon – which is a subsidiary of US Bancorp – notes that it’s currently the fourth biggest merchant acquirer in Europe, and picking up Sage Pay will extend the firm’s reach in the UK and Ireland.

Hannah Fitzsimons, president and general manager of Elavon Merchant Services, Europe, commented: “This acquisition brings tremendous talent and leading technology to Elavon, which can be leveraged across the European market.”

Elavon has something like 1.3 million customers worldwide, and is obviously looking to expand that number, with Europe apparently a firm target. The company processes over five billion transactions annually.

As TechCrunch observes, the move points to a trend of consolidation in the broader e-commerce market, as juggernaut firms pick up smaller players in an effort to drive for better overall performance in terms of economies of scale.

The sell-off is no real surprise given that Sage has previously said that it’s re-evaluating its overall strategy in terms of the payment business, and looking to focus more instead on the cloud-based accounting side of its operations (such as the well-liked Sage Small Business Accounting subscription service, which offers benefits including integration with Microsoft Office 365).