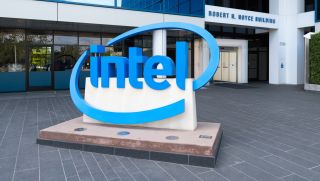 Intel has announced that it has acquired the Israeli programmable chipmaker Habana Labs for approximately $2bn as the company looks to further expand its AI efforts.

Habana Labs is a developer of programmable deep learning accelerators for the data center and Intel will leverage its technologies to bolster its own AI portfolio while also pushing further into the AI silicon market.

EVP and GM of Intel's Data Platforms Group, Navin Shenoy explained how the acquisition will help advance its AI strategy in a press release announcing the deal, saying:

“This acquisition advances our AI strategy, which is to provide customers with solutions to fit every performance need – from the intelligent edge to the data center. More specifically, Habana turbo-charges our AI offerings for the data center with a high-performance training processor family and a standards-based programming environment to address evolving AI workloads.”

Currently the Gaudi system is being tested by select hyperscale customers but it is expected to deliver a 4X increase in throughput in large node training systems. The Goya processor on the other hand is already commercially available and it helps boost inference performance including both throughput and real-time latency.

Recently Intel has committed significant resources to expanding its AI hardware portfolio as well as to developing AI use cases for the cloud, data center and edge computing. AI is already bringing in $3.5bn in annual revenue for the chipmaker but it believes that its current AI capabilities will allow Habana to scale while also helping to accelerate the development of its GPUs.

Once the deal receives regulatory approval, Habana Labs will continue operating independently under its current management team though it will now report to Intel's data center group.